You are here: Home / Miscellaneous / Solo Serve Site to Be Razed for New AC Hotel in San Antonio 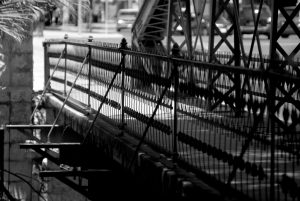 Dallas developer Woodbine Development Corporationn has received the green light to demolish several building along Soledad Street in San Antonio, including the Solo Serve building, to make way for a new AC Hotel (by Marriott). The developers will keep two facades along Soledad, but demolish the Clegg, Kennedy, and Solo Serve buildings to make way for the new hotel. The Book Building, at 140 E Houston Street will go through extensive rehab in order to serve as the hotel’s main entrance, as well as housing the hotel’s meeting and banquet spaces. The hotel plans call for a 21 story building with 250 rooms.

Open floorplan living is often billed as the perfect floor plan, bringing family together in a single room where cooking, conversation and the screen share the same space. It has been a popular feature of a … END_OF_DOCUMENT_TOKEN_TO_BE_REPLACED

No room carries more influence with a buyer than the kitchen because it’s where the everyone gathers and many memories are made. The kitchen can represent up to 20% of the entire value of a property, so it’s … END_OF_DOCUMENT_TOKEN_TO_BE_REPLACED

A fire in your home can happen at any time of the year, but with colder months upon us it’s easy to see how the danger increases with the setting of wood-burning heaters and the use of candles to create a cozy … END_OF_DOCUMENT_TOKEN_TO_BE_REPLACED

As a homeowner, you’ll inevitably have to call in a Sydney plumber to deal with plumbing problems at some stage. It’s one of the ‘pleasures’ of owning property! Choosing the right contractor can feel a little … END_OF_DOCUMENT_TOKEN_TO_BE_REPLACED

If it's your first time buying homes for sale, it can be quite intimidating – you’ve got to deal with agents, sellers, rival buyers, banks, and title companies. And it’s not always clear what role each of them … END_OF_DOCUMENT_TOKEN_TO_BE_REPLACED