You are here: Home / San Antonio Places / A Quick Look at Stone Oak 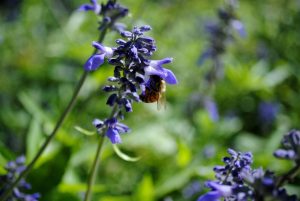 Stone Oak is a master planned community on San Antonio’s far northside outside of Loop 1604 and west of 281. It runs through two zip codes, 78258 and 78260, and is one of the most popular areas to live in San Antonio. The original master plan for Stone Oak was filed in 1985 and over the years it has grown into an incredible diversity of restaurants, shops, and businesses sprinkled throughout the many neighborhoods that comprise Stone Oak. In 2012, it was estimated that the population of Stone Oak was 75,984, a growth of over 10,000 people since the 2010 Census (and a growth of over 55,000 since 2000).

Stone Oak’s neighborhoods offer a mix of styles and prices, with many communities offering gated security and in some cases guard gates. One of the best parts of the master planned community is the care the developers took to provide wide green medians with flowers, grass, and trees, something often lacking in large scale housing developments. These medians are meticulously cared for throughout the year thanks to the dues paid by residents who live in the area.

Open floorplan living is often billed as the perfect floor plan, bringing family together in a single room where cooking, conversation and the screen share the same space. It has been a popular feature of a … END_OF_DOCUMENT_TOKEN_TO_BE_REPLACED

No room carries more influence with a buyer than the kitchen because it’s where the everyone gathers and many memories are made. The kitchen can represent up to 20% of the entire value of a property, so it’s … END_OF_DOCUMENT_TOKEN_TO_BE_REPLACED

A fire in your home can happen at any time of the year, but with colder months upon us it’s easy to see how the danger increases with the setting of wood-burning heaters and the use of candles to create a cozy … END_OF_DOCUMENT_TOKEN_TO_BE_REPLACED

As a homeowner, you’ll inevitably have to call in a Sydney plumber to deal with plumbing problems at some stage. It’s one of the ‘pleasures’ of owning property! Choosing the right contractor can feel a little … END_OF_DOCUMENT_TOKEN_TO_BE_REPLACED

If it's your first time buying homes for sale, it can be quite intimidating – you’ve got to deal with agents, sellers, rival buyers, banks, and title companies. And it’s not always clear what role each of them … END_OF_DOCUMENT_TOKEN_TO_BE_REPLACED