You are here: Home / Archives for utsa 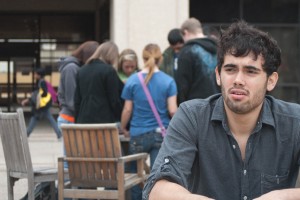 As the largest university in the city, the University of Texas San Antonio has become a staple of excellence in academics and research since its opening in 1969. The college boasts 143 degree programs, 52 of which are graduate and 24 of which are doctoral programs. Home to 30,474 students and more than 92,000 graduates, UTSA has easily become the number one college in San Antonio.

Aside from academics, the University of Texas San Antonio also has an athletic program. Up until 2010, the program consisted of your typical college sports: baseball, basketball, soccer, volleyball, and cheerleading (don’t say it), but something was missing. If you’re from Texas or have been in Texas longer than five minutes, you know how much Texans love their football. Before you get hog wild about this here calamity, let me quickly inform you that someone finally came to their senses and in September of 2011, University of Texas San Antonio played its first college football game!

This school year marks their third season of football. If you have a free Saturday, I encourage you to make it out to one of these games at least once. Each game day, loyal fans and students in blue and orange can be seen tailgating in the Alamodome parking lot prior to the game. Cornhole, washers, and beer pong games are popular among this fun bunch. Roadrunner Station, usually open for the first and last games and homecoming, is located in Sunset Station and has live music, activities, concessions, and giveaways before the game. Here you can also be a part of the Spirit Walk, where you watch the team, band, and cheerleaders march into the Alamodome! Rowdy Town is also known for its pregame activities. Located in the North Plaza outside the Alamodome, fans can have the ultimate college football game day experience and there is even a play area for the little ones.

University of Texas San Antonio football is quickly becoming an important part of San Antonio and I encourage you to see what it’s all about. Oh and hey…it’s super fun too! Go, UTSA Roadrunners, Go!

If you’re thinking about buying or selling a home, you probably want to know what’s really happening with home prices, mortgage rates, housing supply, and more. That’s not an easy task considering how … END_OF_DOCUMENT_TOKEN_TO_BE_REPLACED

There are many people thinking about buying a home, but with everything affecting the economy, some are wondering if it’s a smart decision to buy now or if it makes more sense to wait it out. As Bob Broeksmit, … END_OF_DOCUMENT_TOKEN_TO_BE_REPLACED

If you’re a young adult, you may be thinking about your goals and priorities for the months and years ahead. And if homeownership ranks high on your goal sheet, you’re in good company. Many of your peers are … END_OF_DOCUMENT_TOKEN_TO_BE_REPLACED

There’s no denying mortgage rates are higher now than they were last year. And if you’re thinking about buying a home, this may be top of mind for you. That’s because those higher rates impact how much it costs … END_OF_DOCUMENT_TOKEN_TO_BE_REPLACED