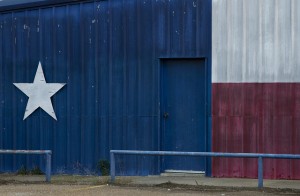 Deep in the heart of Texas

Texas is a state unlike any other. You may “remember the Alamo” (or the fact that it doesn’t have a basement), but there’s more to this state than just our favorite hometown of San Antonio. Texas, the second largest state in the US, covers 268,581 square miles, and became the 28th state on December 29, 1845 (prior to that it was an independent Republic). Texas definitely has a deep-rooted history and these are just a handful of interesting facts about the Lone Star State.

It doesn’t matter if you’re someone who closely follows the economy or not, chances are you’ve heard whispers of an upcoming recession. Economic conditions are determined by a broad range of factors, so rather … END_OF_DOCUMENT_TOKEN_TO_BE_REPLACED

If you’re thinking about buying or selling a home, you probably want to know what’s really happening with home prices, mortgage rates, housing supply, and more. That’s not an easy task considering how … END_OF_DOCUMENT_TOKEN_TO_BE_REPLACED

There are many people thinking about buying a home, but with everything affecting the economy, some are wondering if it’s a smart decision to buy now or if it makes more sense to wait it out. As Bob Broeksmit, … END_OF_DOCUMENT_TOKEN_TO_BE_REPLACED

If you’re a young adult, you may be thinking about your goals and priorities for the months and years ahead. And if homeownership ranks high on your goal sheet, you’re in good company. Many of your peers are … END_OF_DOCUMENT_TOKEN_TO_BE_REPLACED