You are here: Home / Relocation Information / San Antonio Weather
The location could not be found. 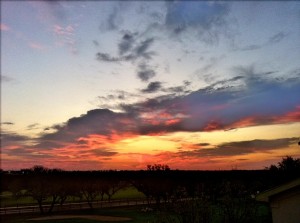 San Antonio experiences year-round weather. Average temperatures range for 50° in January to the mid-90s in June. The warmest summer months, July and August, average daily temperatures above 90° over 80% of the time. Extremely high temperatures, however, are rare. Mild weather prevails during the fall and winter months with below freezing temperatures occurring, on average, about twenty days each year.

Rainfall: The normal annual rainfall is approximately 28”, fairly well distributed throughout the year with the heaviest months being May and September. Measurable snow occurs rarely, although snowfall of two to four inches occurs about every ten years.

Sunshine: San Antonio enjoys about 50% of the possible amount of sunshine during the winter months and more than 70% during the summer months.

Humidity and temperatures: Relative humidity is at its highest point during the cooler morning hours, dropping to its lowest point in the afternoon.

Severe Weather: San Antonio’s position in the central part of the state keeps it from harm’s way of “Tornado Alley” that is part of northern Texas and Oklahoma. The distance of 140 miles from the Gulf Coast prevents tropical weather patterns from disturbing San Antonio’s weather. Hurricanes affecting the Gulf Coast typically diminish to heavy showers by the time they arrive in the area.

It doesn’t matter if you’re someone who closely follows the economy or not, chances are you’ve heard whispers of an upcoming recession. Economic conditions are determined by a broad range of factors, so rather … END_OF_DOCUMENT_TOKEN_TO_BE_REPLACED

If you’re thinking about buying or selling a home, you probably want to know what’s really happening with home prices, mortgage rates, housing supply, and more. That’s not an easy task considering how … END_OF_DOCUMENT_TOKEN_TO_BE_REPLACED

There are many people thinking about buying a home, but with everything affecting the economy, some are wondering if it’s a smart decision to buy now or if it makes more sense to wait it out. As Bob Broeksmit, … END_OF_DOCUMENT_TOKEN_TO_BE_REPLACED

If you’re a young adult, you may be thinking about your goals and priorities for the months and years ahead. And if homeownership ranks high on your goal sheet, you’re in good company. Many of your peers are … END_OF_DOCUMENT_TOKEN_TO_BE_REPLACED