You are here: Home / Archives for option fee 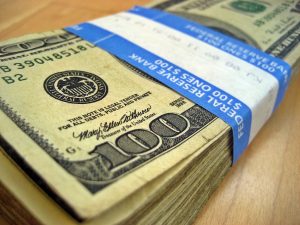 The option period provided for in the Texas residential contract is a negotiable item that gives the buyer the unrestricted right to terminate the contract. It is not required for the parties to have one, but it is common practice here in San Antonio (and is a wise choice for the buyer). Found in Paragraph 23 of the One to Four Family Residential Contract (Resale), it is a relatively simple part of the contract that wields a lot of power. Care has to be taken to follow the timelines closely as missing this one, could be potentially costly to the buyer. As of January 1, 2016, the language in this paragraph has changed and it’s worth taking a fresh look at what is in there.

23. TERMINATION OPTION: For nominal consideration, the receipt of which is hereby acknowledged by Seller, and Buyer’s agreement to pay Seller $______ (Option Fee) within 3 days after the effective date of this contract, Seller grants Buyer the unrestricted right to terminate this contract by giving notice of termination to Seller within ___ days after the effective date of this contract (Option Period). Notices under this paragraph must be given by 5:00 p.m. (local time where the Property is located) by the date specified. If no dollar amount is stated as the Option Fee or if Buyer fails to pay the Option Fee to Seller within the time prescribed, this paragraph will not be a part of this contract and Buyer shall not have the unrestricted right to terminate this contract. If Buyer gives notice of termination within the time prescribed, the Option Fee will not be refunded; however, any earnest money will be refunded to Buyer. The Option Fee will will not be credited to the Sales Price at closing. Time is of the essence for this paragraph and strict compliance with the time for performance is required.

This paragraph asks four basic questions – is there an option period, how much is the buyer paying to have one, how many days does it last, and will that money be credited back to the buyer at closing. If the fields in this paragraph are left blank, there will be no option period. The option period is typically used by the buyer as a timeframe in which they can get inspections done and go back to the seller to negotiate repairs. If the buyer and seller come to an agreement on those items, they can sign an amendment to the contract reflecting those changes, but if they cannot come to an agreement, the buyer would have a way to terminate the contract and not lose their earnest money. The buyer would then forfeit their option fee, which the seller would keep. Not being able to come to terms on repairs is not the only reason the buyer could terminate during the option period however. It gives the buyer the unrestricted right to terminate the contract, which means that the buyer doesn’t need a reason to terminate within that timeline, they just have to state they want to terminate (and there are forms with which to do that). The amount of money (option fee) and the length of time (option period) are negotiable items between the parties to the contract. The final question is whether the money will be credited back at closing – typically we see that it “will” be credited. In other words, if the buyer does not terminate the contract, the amount of the option fee is credited to them at the closing table as if they already paid that amount towards the price of the home.

The bolded sentence at the end is quite important…time is of the essence. That phrase is used often in real estate and it simply means that if you don’t meet a deadline, there are consequences. In this case, there are two very important deadlines. The first, is the paying of the option fee. This fee must be paid to the seller within three days of the effective date of the contract (which is written on the contract when all parties sign off on it – just below Paragraph 24 and just above the signature line). If it is not paid within those three days, the option period becomes null and void and does not apply to the contract anymore (as stated in the text of the paragraph). It is important that this is noted as we have seen instances where the option period was removed from the contract because of this.

The other critical timeline, and this has changed on the new contracts as of January 1, 2016, is the timeline for notification of termination. This timeline is negotiable and is filled into the blank in the paragraph – basically, the paragraph states that the buyer will pay x amount of money for an option period of x days. The amount of days is critical as it is tied to the effective date of the contract we mentioned previously, but unlike most timelines, the option period now expires at 5pm (based on the local time of where the property is located). Previously, it expired at 11:59pm (like most contract items). Now, the buyer must either terminate the contract by 5pm or they are considered to be moving on with the contract and no longer have the unrestricted right to terminate the contract. Basically, they just lost their easiest way out of the contract should they decide to not purchase the home.

The new timeline for the expiration of the option period is very critical and it prevents some issues that were occurring with the later time of 11:59pm. It allows for any critical negotiations to occur at a more reasonable time for all parties involved, including the agents who often had to try to work out a deal right down to the wire! The option period is a very useful tool for the buyer and allows the seller some compensation if a buyer does decide to terminate the contract within the option period timeframe. There are times when an option period might not be wanted, longer time periods asked for, or larger option fees are warranted, and we advise you to discuss the different options and methods with your agent to achieve the results you’re after.

Open floorplan living is often billed as the perfect floor plan, bringing family together in a single room where cooking, conversation and the screen share the same space. It has been a popular feature of a … END_OF_DOCUMENT_TOKEN_TO_BE_REPLACED

No room carries more influence with a buyer than the kitchen because it’s where the everyone gathers and many memories are made. The kitchen can represent up to 20% of the entire value of a property, so it’s … END_OF_DOCUMENT_TOKEN_TO_BE_REPLACED

A fire in your home can happen at any time of the year, but with colder months upon us it’s easy to see how the danger increases with the setting of wood-burning heaters and the use of candles to create a cozy … END_OF_DOCUMENT_TOKEN_TO_BE_REPLACED

As a homeowner, you’ll inevitably have to call in a Sydney plumber to deal with plumbing problems at some stage. It’s one of the ‘pleasures’ of owning property! Choosing the right contractor can feel a little … END_OF_DOCUMENT_TOKEN_TO_BE_REPLACED

If it's your first time buying homes for sale, it can be quite intimidating – you’ve got to deal with agents, sellers, rival buyers, banks, and title companies. And it’s not always clear what role each of them … END_OF_DOCUMENT_TOKEN_TO_BE_REPLACED