You are here: Home / Archives for appraisers 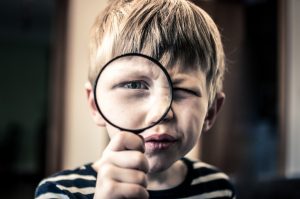 Appraisals are a part of the home buying process and the appraisers can either be your best friends or your biggest enemies. Put in place as a control by the lenders, the appraisers look at the value of the home from the lender’s perspective and assess a value so that the lender can feel secure in lending you the money for the home. You can see their services here to know more in detail about them. If the home doesn’t appraise for the price you are paying for it, the lender will not lend you the extra money to make up the difference. They are protecting themselves by not overvaluing the house and giving you more than they could recoup in the event of a foreclosure. Banks are not in the business of making poor investment choices (although that could be argued thanks to the housing crisis) and use the appraisal process to sure up their underwriting and decision to move forward and loan you the money to purchase the home.

Appraisers Finding Issue When There Is None

Recently, we have noticed appraisers calling out issues that they once left alone. Typically, appraisers have looked for health and safety issues as well as major structural items. More and more though, we are seeing what could only be described as nit picky items. As happens often with corrections to the mortgage industry, the pendulum often swings too far to one side as the issues are corrected. The unfortunate side of this is that your agent and your lender often have little say in the process and protests about the appraisal often fall on deaf ears. In order to keep the process from being unduly influenced, many appraisers will flat out refuse to discuss their reports with lenders and agents. There is a process to fight an appraisal, but it rarely results in any changes and can be even more frustrating for the homeowner and buyer.

In their appraisal report, an appraiser can make notes about things that require repair and this is where this extra scrutiny is starting to show up. We’ve seen them call out trim around garages needing painting (contact Titan Garage Doors repair Vancouver for repairs and services as well), loose doorknobs, bushes needing trimmed, screens requiring replacement because of small tears, junk that needs hauled away, windows sticking…you name it, it has shown up on a report. The more the appraiser finds things wrong with the house, the less likely they are to “meet value” (appraising the home at the contractual sales price). As this begins to happen more and more, less deals begin to make it to the closing table.

Lenders and appraisers want to control a housing market that has rapidly grown since the housing crash. More sales means rising prices and with the memory of the recent crash still fresh in their minds, they want to avoid a bubble much like the one that caused the issues previously. As we noted earlier though, the pendulum often swings too far in any given direction. San Antonio, while still offering excellent housing affordability when compared with the rest of the country, has seen prices rapidly increase as demand grows and supply shrinks. Like any growing city, San Antonio faces the issue of balancing affordability with the simple laws of economics (particularly supply and demand). Appraisers stand as that first line of defense to rampant price increases and are trying to protect the lenders from making overvalued loans that carry with them a higher risk of default. In doing so, they have started looking for things where they normally wouldn’t and trying to find any reason to bring the value down to a lower level.

The best thing you can do as a homeowner? Make sure your house is in tiptop shape when you list it for sale. Get around to fixing all those items you simply dealt with over the years. Keep it clean and tidy and make it look like it’s worth every penny. Don’t give the appraiser any reason to see an issue, even if you think it’s no big deal. The smallest things are bringing down the appraised value of homes right now, so you’re better off preparing up front and being able to get the price you want for the home. Hopefully, the pendulum will swing back soon and settle somewhere in the middle, but until then, you’re going to need to put in some extra work to sell that house and get the appraiser to agree that the value is there.

Open floorplan living is often billed as the perfect floor plan, bringing family together in a single room where cooking, conversation and the screen share the same space. It has been a popular feature of a … END_OF_DOCUMENT_TOKEN_TO_BE_REPLACED

No room carries more influence with a buyer than the kitchen because it’s where the everyone gathers and many memories are made. The kitchen can represent up to 20% of the entire value of a property, so it’s … END_OF_DOCUMENT_TOKEN_TO_BE_REPLACED

A fire in your home can happen at any time of the year, but with colder months upon us it’s easy to see how the danger increases with the setting of wood-burning heaters and the use of candles to create a cozy … END_OF_DOCUMENT_TOKEN_TO_BE_REPLACED

As a homeowner, you’ll inevitably have to call in a Sydney plumber to deal with plumbing problems at some stage. It’s one of the ‘pleasures’ of owning property! Choosing the right contractor can feel a little … END_OF_DOCUMENT_TOKEN_TO_BE_REPLACED

If it's your first time buying homes for sale, it can be quite intimidating – you’ve got to deal with agents, sellers, rival buyers, banks, and title companies. And it’s not always clear what role each of them … END_OF_DOCUMENT_TOKEN_TO_BE_REPLACED