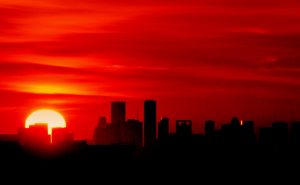 Texas is no stranger to top ten lists and with the Milken Institue’s list of Best Performing Cities, the state again has taken top honors. Ten cities in Texas were named to the list which took into account factors such as job creation, expanding employment, wages, and overall economics (you can view the full report and read more about the criteria here). The list of best performing cities was broken down by large and small cities and Texas received nods in each. For small cities, Victoria (3rd), Midland (6th), and College Station-Bryan (8th) were named to the list, while on the large cities list it was Austin (2nd – only beaten out by San Francisco), Houston-Sugar Land-Baytown (7th), Fort Worth-Arlington (8th), Dallas-Plano-Irving (9th), San Antonio-New Braunfels (10th), Laredo (18th), and Lubbock (20th).

Texas continues to impress economists and list makers, so expect to see more top honors in the future.

image courtesy of jonmatthewphotography Thanks for 1 million views

Open floorplan living is often billed as the perfect floor plan, bringing family together in a single room where cooking, conversation and the screen share the same space. It has been a popular feature of a … END_OF_DOCUMENT_TOKEN_TO_BE_REPLACED

No room carries more influence with a buyer than the kitchen because it’s where the everyone gathers and many memories are made. The kitchen can represent up to 20% of the entire value of a property, so it’s … END_OF_DOCUMENT_TOKEN_TO_BE_REPLACED

A fire in your home can happen at any time of the year, but with colder months upon us it’s easy to see how the danger increases with the setting of wood-burning heaters and the use of candles to create a cozy … END_OF_DOCUMENT_TOKEN_TO_BE_REPLACED

As a homeowner, you’ll inevitably have to call in a Sydney plumber to deal with plumbing problems at some stage. It’s one of the ‘pleasures’ of owning property! Choosing the right contractor can feel a little … END_OF_DOCUMENT_TOKEN_TO_BE_REPLACED

Being a first time homebuyer can feel quite intimidating – you’ve got to deal with agents, sellers, rival buyers, banks, and title companies. And it’s not always clear what role each of them plays in the … END_OF_DOCUMENT_TOKEN_TO_BE_REPLACED