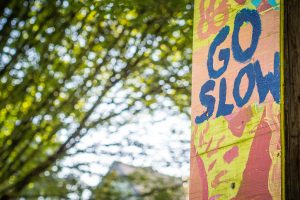 Since 2012, the Texas economy has been on a strong path, beating US growth rates month after month, but it looks like the Texas economy has started to slow down. Since August of 2015, the Texas economy’s growth rate has dipped below the national growth rate and continued its decline through the end of the year. While the numbers are showing signs of slowing down, the comparison of Texas and the US is also being affected by growth on the national scale. From December 2014 to December 2015, the state added 169,000 nonagricultural jobs with an annual growth rate of 1.4%; the US had a growth rate of 1.9% during the same period. Nongovernment jobs shows a wider gap, with 142,800 jobs added, an annual growth rate of 1.4%, compared to the national 2.2%. During this period, Texas experienced a slight increase in its unemployment rate from 4.6% to 4.7%, which is still below the national average, which decreased from 5.6% to 5%. You can see a full breakdown of the numbers on a state level as well as by metro area in the Texas Real Estate Center at Texas A&M University’s Monthly Review of the Texas Economy (PDF file).

Open floorplan living is often billed as the perfect floor plan, bringing family together in a single room where cooking, conversation and the screen share the same space. It has been a popular feature of a … END_OF_DOCUMENT_TOKEN_TO_BE_REPLACED

No room carries more influence with a buyer than the kitchen because it’s where the everyone gathers and many memories are made. The kitchen can represent up to 20% of the entire value of a property, so it’s … END_OF_DOCUMENT_TOKEN_TO_BE_REPLACED

A fire in your home can happen at any time of the year, but with colder months upon us it’s easy to see how the danger increases with the setting of wood-burning heaters and the use of candles to create a cozy … END_OF_DOCUMENT_TOKEN_TO_BE_REPLACED

As a homeowner, you’ll inevitably have to call in a Sydney plumber to deal with plumbing problems at some stage. It’s one of the ‘pleasures’ of owning property! Choosing the right contractor can feel a little … END_OF_DOCUMENT_TOKEN_TO_BE_REPLACED

Being a first time homebuyer can feel quite intimidating – you’ve got to deal with agents, sellers, rival buyers, banks, and title companies. And it’s not always clear what role each of them plays in the … END_OF_DOCUMENT_TOKEN_TO_BE_REPLACED