You are here: Home / Archives for phrases 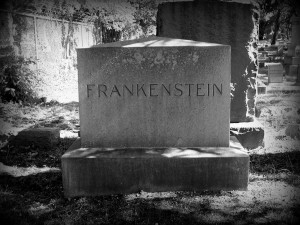 This needs to end.

I (Matt) wrote this post quite a few years ago while blogging on ActiveRain. Today, as I was checking on of the real estate groups I belong to on Facebook, I saw someone echo the same sentiment, so I thought I’d repost this “oldie but goodie.” For me, this is a serious issue and only further serves to widen the gap between agents and people buying and selling real estate. Thanks to Dean Ouelette of Phoenix, Arizona for reminding me that we still have work to be done.

I read something the other day and a crusade was born.

I am going to kill something. I am going to bury it so deep in the ground the world will forget it ever existed. I am going to see to it that it is destroyed and removed from this world. I am on a mission and none of you can stop me. I am not an angry person in general, but I have reached my limit and the only answer is that it has to pay. And its death is the only way to resolve the issue.

What am I talking about, you ask? What could make my blood boil enough to throw words like kill, death, and bury around? What is my mission?

It’s rather simple folks. I am going to destroy an age old real estate-ism. Something I heard in school while taking my licensing classes. Something I have heard in the halls of offices and in conversations between agents thinking they are alone. When I hear it spoken or see it written, it makes me firm in my belief that it must be wiped from the face of the earth.

That thing my friends is a phrase. A phrase so ugly and insidious it makes my skin crawl. The phrase?

Are you kidding me?

Some of you in the non-REALTOR® public might have your jaws on the ground right now. I don’t blame you. I’m as flabbergasted as you that this phrase was ever used and has been allowed to float around for years. Is this how we view the home buying and selling public? If so, we deserve a much worse reputation than we get at times. I’d call for the head of any agent who used the phrase and round up a posse with torches and pitchforks in an old fashioned monster hunt.

This phrase has been allowed to live on in the real estate lexicon for too long and it is now my mission to get it listed in the real estate phrase book as archaic. I would love to say it already is as there are many great agents out there that are as disgusted with this as I am, but there are still those out there that will whisper this to their friends as some sort of private inside joke. To them I say, no more. Forget our industry for two seconds and let’s just think about the public. What are we saying to them if we whisper this behind their backs and then smile at them and say “just sign here, I’m your friend.” Would you trust someone with a purchase as big and complex as a home if you knew your agent was saying this? Of course not. So stop thinking it, repeating it, and tossing it about like its some sort of trite joke. This isn’t a joke. Period.

Of course, our industry could use a bit of a face lift too and there are those of us out there that are trying to change the state of real estate one client at a time. Bringing the “service” back to the “sale.” Putting clients’ interests back where they belong – in the number one spot. Making sure that things go smoothly – not so we get paid at the end of the month, but because there are people’s lives involved. Real people with real dreams, real desires, real problems, real hopes, real money, and real estate.

There are plenty of agents that have always felt this way. I know, because I’ve been helped by them in my own buying and selling. Not every agent is the enemy, but there are those that have allowed this kind of self-centered thinking to perpetuate and they must be told that this will not work anymore. It won’t be tolerated and it won’t be looked kindly upon by the consumers or the agents that have made it their career to help them.

It’s time, so gather your pitchforks and torches and let’s put this monster to rest…once and for all.

Open floorplan living is often billed as the perfect floor plan, bringing family together in a single room where cooking, conversation and the screen share the same space. It has been a popular feature of a … END_OF_DOCUMENT_TOKEN_TO_BE_REPLACED

No room carries more influence with a buyer than the kitchen because it’s where the everyone gathers and many memories are made. The kitchen can represent up to 20% of the entire value of a property, so it’s … END_OF_DOCUMENT_TOKEN_TO_BE_REPLACED

A fire in your home can happen at any time of the year, but with colder months upon us it’s easy to see how the danger increases with the setting of wood-burning heaters and the use of candles to create a cozy … END_OF_DOCUMENT_TOKEN_TO_BE_REPLACED

As a homeowner, you’ll inevitably have to call in a Sydney plumber to deal with plumbing problems at some stage. It’s one of the ‘pleasures’ of owning property! Choosing the right contractor can feel a little … END_OF_DOCUMENT_TOKEN_TO_BE_REPLACED

Being a first time homebuyer can feel quite intimidating – you’ve got to deal with agents, sellers, rival buyers, banks, and title companies. And it’s not always clear what role each of them plays in the … END_OF_DOCUMENT_TOKEN_TO_BE_REPLACED