You are here: Home / Archives for limo 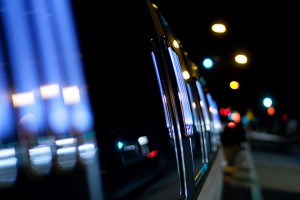 I started a review of San Antonio Limo on Yelp!, but due to space constraints, I wasn’t able to finish my tale. So, here’s the rest of it for anyone thinking about hiring San Antonio Limo, which is possibly the worst idea you will ever have. For the best limo services, why not find out more here!

You can catch up on the first half of the trip on Yelp! with my review of San Antonio Limo, but to bring you up to speed it was a nightmare. The driver, who was an hour late to begin with, couldn’t follow directions (both on a map and told to him by members of our party) and spent most of his time taking turns we told him not to and doing bright things like backing up into oncoming traffic on Bandera Road after a failed U-Turn that almost flipped the party bus. We missed the wedding we were attending and spent most of the time telling him which way to go instead of enjoying our time, which was the whole purpose of hiring a party bus.

So…where were we? Let’s see, we were just about to pull up to the wedding (which we had missed, lucky the reception was in the same place) and the driver once again ignored all calls to “turn in here” and drove right past the place. After another harrowing turn around which involved more off road antics, we finally arrived at the wedding. My boss, Kimberly Howell, then spent more time and energy to call San Antonio Limo to discuss with them how unhappy we were and that we wanted a new driver. After much discussion they said they would send someone out for us for the return trip home. Guess what? They never did. At the end of the night our driver was still waiting for us. The party bus atmosphere was certainly wasted on us, since sobriety had to rule in order for someone to navigate our way back home.

In addition to San Antonio Limo’s bold faced lie about sending a new driver, they refused to refund our money or even give us a discount. The driver, who we wanted replaced, was told to stay with the bus in order to protect our belongings, yet on several occasions we found him wandering the grounds of the reception. He was incompetent and disregarded everything we said to him. In an ordinary circumstance, I would have encouraged the driver to come over a have a drink (non-alcoholic of course) and grab a bite to eat, because I’ve dealt with a lot of limo drivers in my life and they’re usually really interesting people with great stories to tell. This guy was just a complete nightmare and I hope no one ever has the displeasure of his ride from hell.

Suffice it to say, Kimberly Howell Properties will never rent anything from San Antonio Limo. A company with sub-par service, rude owners who refuse to take credit for their driver’s actions, and a party bus that wasn’t even all that nice for the money. We hope that our readers will benefit from this blog and review so that they don’t ever have the misfortune of missing a wedding or other big event. If you need a prom transportation, you can just look at other services.

If you’re thinking about buying or selling a home, you probably want to know what’s really happening with home prices, mortgage rates, housing supply, and more. That’s not an easy task considering how … END_OF_DOCUMENT_TOKEN_TO_BE_REPLACED

There are many people thinking about buying a home, but with everything affecting the economy, some are wondering if it’s a smart decision to buy now or if it makes more sense to wait it out. As Bob Broeksmit, … END_OF_DOCUMENT_TOKEN_TO_BE_REPLACED

If you’re a young adult, you may be thinking about your goals and priorities for the months and years ahead. And if homeownership ranks high on your goal sheet, you’re in good company. Many of your peers are … END_OF_DOCUMENT_TOKEN_TO_BE_REPLACED

There’s no denying mortgage rates are higher now than they were last year. And if you’re thinking about buying a home, this may be top of mind for you. That’s because those higher rates impact how much it costs … END_OF_DOCUMENT_TOKEN_TO_BE_REPLACED