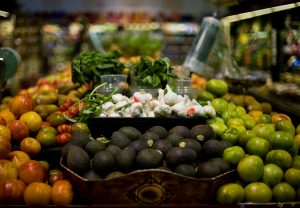 HEB is beginning its long-awaited investment in downtown San Antonio to the tune of $140 million. The Texas grocery store chain will begin by working on trails along South Flores between Arsenal and Cesar Chavez. These civic improvements are expected to be completed by the end of 2014. Then, in December, HEB will begin expanding its downtown headquarters on Arsenal Street and a new downtown San Antonio HEB store. The new HEB will be a boon for downtown, as it has lacked a full fledged, even as the downtown area has been booming. In addition to the new store and expansion of the headquarters, HEB has also signed a 20 year maintenance agreement with the city to maintain the park around the historic Commander’s House. HEB will also be bringing a culinary center to downtown and completing renovations on its landmark store on Nogalitos Street, which is expected to reopen in December 2014.

Now that the news is official and some of the earlier roadblocks have been cleared to pave the way for the new downtown San Antonio HEB, we fully expect to see more residential and commercial development in the area, as the lack of a grocery store has held back some development plans and ideas from coming to fruition. Now that residents could have a walkable grocery store, development should pick up.

Open floorplan living is often billed as the perfect floor plan, bringing family together in a single room where cooking, conversation and the screen share the same space. It has been a popular feature of a … END_OF_DOCUMENT_TOKEN_TO_BE_REPLACED

No room carries more influence with a buyer than the kitchen because it’s where the everyone gathers and many memories are made. The kitchen can represent up to 20% of the entire value of a property, so it’s … END_OF_DOCUMENT_TOKEN_TO_BE_REPLACED

A fire in your home can happen at any time of the year, but with colder months upon us it’s easy to see how the danger increases with the setting of wood-burning heaters and the use of candles to create a cozy … END_OF_DOCUMENT_TOKEN_TO_BE_REPLACED

As a homeowner, you’ll inevitably have to call in a Sydney plumber to deal with plumbing problems at some stage. It’s one of the ‘pleasures’ of owning property! Choosing the right contractor can feel a little … END_OF_DOCUMENT_TOKEN_TO_BE_REPLACED

Being a first time homebuyer can feel quite intimidating – you’ve got to deal with agents, sellers, rival buyers, banks, and title companies. And it’s not always clear what role each of them plays in the … END_OF_DOCUMENT_TOKEN_TO_BE_REPLACED