You are here: Home / Renters and Landlords / Landlords: Don’t Download a Lease From the Internet 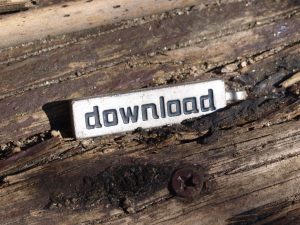 If you’re a landlord or an investor buying rental properties for the first time, it’s easy to google and download a lease from the internet to use for your properties. A quick search for “texas lease download” while writing this post brought back 1.4 million hits. Leases are everywhere on the internet and we’ve seen them used many times. Trouble is, those leases often lack some of the most basic protections provided by the Residential Lease put out by the Texas Association of Realtors. The TAR lease as it is known by most agents has been tested and tweaked over the years to provide a solid foundation for your rental properties. We’ve run into quite a few situations where leases were hastily downloaded by an investor looking to save a few dollars, but when push came to shove in a court of law, they realized that the lease they had was pretty much worthless and that attempt to save a few dollars up front wound up costing them much, much more in the long run.

Obviously, whenever we write a post like this, we are aware of the self-serving nature of such – use us or face incredible difficulty…of course we’re going to say that, right? We take our jobs and our industry quite seriously and we recognize that there are plenty of people out there that go it alone without the help of an agent. We care for those people just as much as we do our clients, even though we know we can’t always convince them and they will still go it alone. We understand this, but because of the nature of our business and the things we see on a daily basis, we feel we must try to help as many as we can, so that they don’t get caught up and find themselves stuck in a sticky situation just because they didn’t know it could happen.

“Don’t download a lease” – sounds pretty ominous, doesn’t it? There are some good leases out there available on investment sites, but they are few and far between. Here in Texas, the TAR Residential Lease is written with landlords in mind and compared to some other states, it is definitely more favorable to landlords. It gives them a lot of protections and also outlines a lot of “what if” scenarios that most landlords wouldn’t even think of if they wrote one themselves. They are tested over time and rewritten by the Texas Association of Realtors legal team to adapt to new laws and as reactions to any lawsuits that have cropped up over the years.

The dangers when you download a lease from the internet come in many shapes and forms. We’ve seen everything from leases that attempted to rewrite the Texas Property Code (which you can’t do) to forgetting to cover some of the most basic circumstances you may encounter as a landlord. Most of the downloaded leases we’ve read are well intentioned, they just lack some of the finer points and it is those finer points that lose court cases. As we often teach our agents, when a lawsuit happens, it’s often less about proving you did the thing you’re being sued for, but rather building a profile of you as being negligent and unknowing of the laws that affect real estate. By proving you could have done it because of that negligence and ignorance of the law, a lawyer is able to sow the seeds of doubt in your abilities and therefore sway a jury to believe you did in fact do the thing you’re being sued for. Watch any court drama on TV and you’ll see exactly what we mean.

We’ve also seen more than a few “handshake deals” try to pass as leases. Texas law is clear – if it is not in writing it is unenforceable. Get it in writing, make sure all parties sign and date it and make sure you give copies to the tenants. Also, be sure you keep the copies stored somewhere you can find them later if you need them. Saying “I forgot where I put it” isn’t a very legal argument.

Tenants have rights too. Trying to remove those rights by writing clauses into a lease that negate those will always end poorly. Remember, when you’re facing a jury, you are seen as the big, bad slumlord and the tenant is the good guy. Everyone has a story about a landlord that they thought was mean and evil and it is those memories that the lawyers will play to in a lawsuit. It’s an uphill battle to start. If you’ve tried to remove those basic rights from a tenant, you’re going to lose.

The trouble when you download a lease is also knowing if you received one that is updated or not. The internet is one giant archive and if you download something written in 1999, it’s not going to hold up well to the law as it stands in 2016. Laws change over time and using something that is out of date or doesn’t cover newer laws can most certainly land you in hot water. We’ve even seen cases where a landlord downloaded a TAR Residential Lease (which clearly state they can only be used by members of the Texas Association of Realtors – your use of them can invalidate them if you are not a member), but they downloaded an older form. Staying up to date on these forms is part of what we do for our clients, so you need to make sure you do too.

Whatever you do, make sure you that if you do download a lease or write one up yourself, you actually get it signed. We’ve seen more than one case where an investor said they had a lease, but the tenant never actually signed it. No signature? You don’t have a lease.

What Happens With a Bad Lease

The obvious issue with having a bad lease (or one that is completely invalid) is lawsuits. You’re never going to win a lawsuit based on a poorly written lease that contains illegal or invalid language, isn’t signed, or lacks the particular protection you need in that lawsuit. Lawsuits are much more costly than the price of having a lawyer draw up a lease or involving a real estate agent to manage the property.

Another big issue we see with these kinds of leases is when the owner decides they want to sell. Investors will often sell their properties at some point for a whole host of reasons – that lease survives the sale and you must provide copies of it to the buyer. The new buyer is tied to the terms you set forth in the lease, so you may be binding them to something that is illegal or unenforceable. If the buyer does their due diligence, they may back out the deal and you will lose the sale. Even if they do buy it, you may be creating a situation where you may get brought back into the mix during a lawsuit as you were the one who initially set up the lease and created the issues the new owner is now facing. Being sued over a property you no longer own is not an ideal situation and a good use of your investment dollars.

How Can You Get a Quality Lease in Place?

The other way to get a strong lease written up is to talk to a lawyer and have them draft up a form for your use. Many of the leases available on the internet will say they were drawn up by a lawyer, but you should always be sure that it is drawn up with your situation and properties in mind and (we see this mistake made a lot) it is drawn up by a lawyer from the state you will be leasing in. A Pennsylvania lease differs greatly from a Texas lease, because the laws in both states are vastly different. We also recommend you speak to a lawyer that specializes in real estate – a divorce attorney who has notarized agreements for support can write a lease, but they may not have the experience and knowledge to write a strong lease that will protect you in the future. Here are the Resources that you can check to get the right support and help. If you do have a lawyer write your leases, make sure you have them reviewed and updated frequently so that as laws change, you stay protected.

The internet can be an incredible source of information, but it can also have its downside. If you download a lease from the internet, you may be exposing yourself to legal action that you’re not aware of or creating a completely unenforceable lease. We recommend all owners read and familiarize themselves with the Texas Property Code, particularly Chapter 92, which deal with residential tenancies. Being a landlord is not quite as simple as collecting a rent check every month, but when done properly, it can be an excellent source of income and long term wealth building. If you’re unsure of what you’re doing, it can be costly and because it is a highly litigious field of real estate, being proactive in putting together your leases should be top priority.

Disclaimer: As always, we need to remind you that we are not attorneys and as such cannot give legal advice. If you’re unsure of what implications your lease has, please contact a lawyer. We’d be more than happy to recommend a few to you.

Open floorplan living is often billed as the perfect floor plan, bringing family together in a single room where cooking, conversation and the screen share the same space. It has been a popular feature of a … END_OF_DOCUMENT_TOKEN_TO_BE_REPLACED

No room carries more influence with a buyer than the kitchen because it’s where the everyone gathers and many memories are made. The kitchen can represent up to 20% of the entire value of a property, so it’s … END_OF_DOCUMENT_TOKEN_TO_BE_REPLACED

A fire in your home can happen at any time of the year, but with colder months upon us it’s easy to see how the danger increases with the setting of wood-burning heaters and the use of candles to create a cozy … END_OF_DOCUMENT_TOKEN_TO_BE_REPLACED

As a homeowner, you’ll inevitably have to call in a Sydney plumber to deal with plumbing problems at some stage. It’s one of the ‘pleasures’ of owning property! Choosing the right contractor can feel a little … END_OF_DOCUMENT_TOKEN_TO_BE_REPLACED

If it's your first time buying homes for sale, it can be quite intimidating – you’ve got to deal with agents, sellers, rival buyers, banks, and title companies. And it’s not always clear what role each of them … END_OF_DOCUMENT_TOKEN_TO_BE_REPLACED