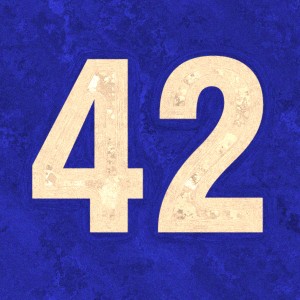 When I first read The Hitchhiker’s Guide to the Galaxy I became an instant fan. In fact, I became a bit obsessed by it, writing “Don’t Panic!” on my schoolbook covers and doodling the number “42” over and over. Years later, this morning in fact, there I sat reminded of that simple mantra…”Don’t Panic!”

Today was one of those days where from the minute I sat down, it felt like I had been sucked into a giant tornado of real estate. Phone, email, web – all were going full steam ahead. People calling wanted answers that were only available to the people who were on the phone already talking to someone else. Messages, voicemails, texts, and emails – everything firing on all pistons. It felt like sheer madness. There were so many issues going on at once, it felt like my head might explode.

Then it hit me while talking to Dave Taylor, “Don’t Panic!” It’s the most simple real estate lesson in life. Not only was I panicked, but so was everyone calling – agents, buyers, and sellers. Panic spreads fast and can the best of any of us at any time, but it doesn’t have to be that way. Just repeat after me…”Don’t Panic!”

There will alwyas be moments in a real estate transaction when someone gets frustrated or feels they’re not getting what they need – both buyer’s and seller’s agents, buyers, sellers, lenders, title companies…you name it. In those moments it’s easy for someone to throw up their hands and panic and potentially mess up a transaction, but here’s the one simple truth I’ve learned: there is almost always a solution to fix everything. Problem is, when everyone’s in panic mode, that solution usually does not present itself. By following the “Don’t Panic” method, you can alleviate the immediate stresses and focus on finding the solutions first.

And of course don’t forget, the answer to life, the universe, and everything is 42.

Open floorplan living is often billed as the perfect floor plan, bringing family together in a single room where cooking, conversation and the screen share the same space. It has been a popular feature of a … END_OF_DOCUMENT_TOKEN_TO_BE_REPLACED

No room carries more influence with a buyer than the kitchen because it’s where the everyone gathers and many memories are made. The kitchen can represent up to 20% of the entire value of a property, so it’s … END_OF_DOCUMENT_TOKEN_TO_BE_REPLACED

A fire in your home can happen at any time of the year, but with colder months upon us it’s easy to see how the danger increases with the setting of wood-burning heaters and the use of candles to create a cozy … END_OF_DOCUMENT_TOKEN_TO_BE_REPLACED

As a homeowner, you’ll inevitably have to call in a Sydney plumber to deal with plumbing problems at some stage. It’s one of the ‘pleasures’ of owning property! Choosing the right contractor can feel a little … END_OF_DOCUMENT_TOKEN_TO_BE_REPLACED

If it's your first time buying homes for sale, it can be quite intimidating – you’ve got to deal with agents, sellers, rival buyers, banks, and title companies. And it’s not always clear what role each of them … END_OF_DOCUMENT_TOKEN_TO_BE_REPLACED