You are here: Home / Real Estate / Does It Convey? – MLS vs. the Contract 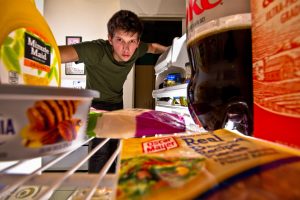 Recently on our Facebook page we shared an article from this site, “Does that come with the house? Accessories and Improvements,” about what is considered part of the house according to the legal definition of improvements and accessories found in the Texas’ residential real estate contract. Certain items are considered part of the sale without any specific inclusion in the contract (such as a stove or ceiling fans) and others are not automatically considered part of the sale (refrigerators are a great example).There are methods listed in this useful reference to include such items as well as to exclude certain items, but what happens when the MLS mentions that the refrigerator does convey, but the contract does not? Does the seller have to honor the MLS…or the contract?

It is common practice for agents to include items in the MLS that are not legally considered accessories or improvements, but the seller wishes to leave behind and make part of the sale. Refrigerators are one of the most common, but there are other items that often get included in the sale like washers and dryers. By placing those items in the descriptions and inclusions in the MLS we are indicating that they are part of the sale and the seller will leave them behind for the new owners. Except there’s one minor problem. The MLS is not a contract and merely an advertisement and an offer of what’s for sale. Regardless of any previous negotiations or talks about the items between buyer and seller, or their agents, if it’s not part of the contract and not in writing, it is unenforceable. The contract is the final word on what stays or goes. So if a seller advertised there were items like a refrigerator included, but the buyer’s agent neglects to write it into the contract, the seller is legally allowed to pack up the refrigerator when they move and take it with them.

The same also applies to items the seller wishes to keep that would be considered part of the accessories and improvements that are part of the home. If the seller lists their home for sale and wants to keep the chandelier in the dining room that their grandmother gave them, they should mention it in the MLS, but if they sign off on a contract that neglects to exclude that item in Paragraph 2.D. Exclusions, they cannot keep the chandelier and if they were to take it with them, they could face legal consequences.

Remember, if there’s something you want to keep or something that you want to stay with the home, you must define it in the contract – failing to do so and falling back on the fact that is was stated in the MLS is not sufficient. The MLS does not create a contractual obligation.

Open floorplan living is often billed as the perfect floor plan, bringing family together in a single room where cooking, conversation and the screen share the same space. It has been a popular feature of a … END_OF_DOCUMENT_TOKEN_TO_BE_REPLACED

No room carries more influence with a buyer than the kitchen because it’s where the everyone gathers and many memories are made. The kitchen can represent up to 20% of the entire value of a property, so it’s … END_OF_DOCUMENT_TOKEN_TO_BE_REPLACED

A fire in your home can happen at any time of the year, but with colder months upon us it’s easy to see how the danger increases with the setting of wood-burning heaters and the use of candles to create a cozy … END_OF_DOCUMENT_TOKEN_TO_BE_REPLACED

As a homeowner, you’ll inevitably have to call in a Sydney plumber to deal with plumbing problems at some stage. It’s one of the ‘pleasures’ of owning property! Choosing the right contractor can feel a little … END_OF_DOCUMENT_TOKEN_TO_BE_REPLACED

If it's your first time buying homes for sale, it can be quite intimidating – you’ve got to deal with agents, sellers, rival buyers, banks, and title companies. And it’s not always clear what role each of them … END_OF_DOCUMENT_TOKEN_TO_BE_REPLACED