You are here: Home / Mortgages and Financing / Loan Underwriting Doesn’t Need To Be A Complete Mystery 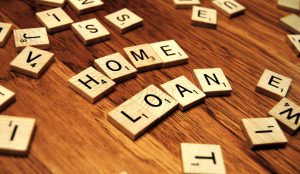 If you’ve ever bought a house, you’re probably familiar with hearing “your loan is in underwriting” and then playing the waiting game until it “comes out of underwriting.” It’s one of the steps in the process of getting a loan and often one of the most frustrating. But what exactly is underwriting?

According to the information given by a loan service (check out their company site), underwriting is viewed as a mystical place where loans go somewhere between the time of preapproval and final issuance of the loan documents. Underwriters are kept in secret and you’d be surprised to know that many real estate agents have never met an underwriter face to face (or if they did, they didn’t know it). Loan underwriting is truly a world shrouded in mystery and for good reason – if we all knew our underwriters, it would be very easy for agents to poke and prod an underwriter to get things done. Underwriters would be under a daily assault of phone calls from agents trying to find out where they were in the process and in effect, would be rendered unable to do much more than answer the telephone. This is why lenders keep them locked away in dark caves in highly classified locations.*

underwriting – transitive verb
4 a : to agree to purchase (as security issue) usually on a fixed date at a fixed price with a view to public distribution b : to guarantee financial support of (underwrite a project)

To put it simply as suggested by Derwent Finance, the underwriter looks at all the supporting documents and says “yes, I think this is a safe loan to make, let’s do it.” Of course they can say the opposite too. This is how some people get preapproved, yet wind up getting turned down for a loan. The underwriter is pretty much all powerful when it comes to you getting your loan. Because of their ultimate power, you and your real estate agent need to pay special attention during the underwriting process.

Underwriting is about the lender covering all their bases – all that documentation you send in stays in a file and if something ever goes wrong (you default on your loan), the investor will want the lender to justify their underwriting of the loan such as poor credit loans.

Underwriting can be a nightmare for a homebuyer (and a seller as well – the longer underwriting takes, the more nervous they become), but by being proactive and jumping through the hoops, you can get your loan in and out much faster and save some of the headaches caused by underwriting. Typically, your agent will also know what the underwriter needs to complete their job, so they may bug you about it too – the key? Get it done. Right away. Don’t put it off and don’t frustrate yourself with trying to find the answer to “why are they asking for this?,” they have their reasons and it doesn’t really matter what they are (although we can discuss them to death, the underwriter will still want them).

Of special note: it pays to have a local lender for your loan, because they often have better, more direct contact with their underwriting departments and can often help a file through the process by being able to have direct access to the underwriter should a problem arise. With some of the larger banks, their loan processing centers might be halfway across the country and you lose that personal one-on-one interaction between your loan officer and underwriter that can help get things done.

* We have no actual proof that lenders keep underwriters locked in caves or that underwriting is actually an ancient mystic art involving a combination of wizardry and voodoo.

If you’re thinking about buying or selling a home, you probably want to know what’s really happening with home prices, mortgage rates, housing supply, and more. That’s not an easy task considering how … END_OF_DOCUMENT_TOKEN_TO_BE_REPLACED

There are many people thinking about buying a home, but with everything affecting the economy, some are wondering if it’s a smart decision to buy now or if it makes more sense to wait it out. As Bob Broeksmit, … END_OF_DOCUMENT_TOKEN_TO_BE_REPLACED

If you’re a young adult, you may be thinking about your goals and priorities for the months and years ahead. And if homeownership ranks high on your goal sheet, you’re in good company. Many of your peers are … END_OF_DOCUMENT_TOKEN_TO_BE_REPLACED

There’s no denying mortgage rates are higher now than they were last year. And if you’re thinking about buying a home, this may be top of mind for you. That’s because those higher rates impact how much it costs … END_OF_DOCUMENT_TOKEN_TO_BE_REPLACED