You are here: Home / Buying a Home / Earnest Money: What Is It and Why Do You Need It? 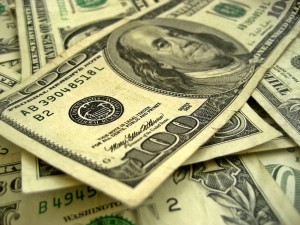 When buying a home in Texas, you will need to write a check for “earnest money” when making an offer. This check, along with your check for the option period, are submitted with your offer to begin the process of buying a home. The earnest money check is made payable to the title company that will be closing the transaction, while the option money check is made out directly to the seller. Earnest money is also known by some other names in other locations: good faith deposit is one of the most common.

What is Earnest Money?

Simply stated, earnest money is money put up by the buyer showing evidence of their seriousness (earnestness) to proceed with the offer and contract. If a buyer were to default on the contract, this money would be in jeopardy and possibly retained by the seller for the buyer’s non-performance according to the terms of the contract.

How Much Earnest Money Should You Offer?

A very common practice in the San Antonio area is for earnest money to be roughly 1% of the sales price of the property, generally rounded to $500 increments. For example, on the purchase of a $175,000 house, a common amount of earnest money would be $1,500. However, there really are no rules and a seller could request additional earnest money or a buyer could offer less and the contract would be perfectly acceptable. Each offer and negotiation is different, so there are many factors that could play in to determining an amount.

There is an option built-in to a standard TREC contract that would allow a buyer to deposit some earnest money up front and then additional earnest money at a later date as determined by the contract. This is particularly useful if the contract is extended out over several months or if there is a contingency factor (such as the buyer waiting on funds from an inheritance). Adding additional earnest money could be a way for a buyer to show continued seriousness to proceed with a contract or for the seller to feel more secure that a buyer is willing to continue to put money into the deal.

What Happens to the Earnest Money?

Once a contract is executed by all parties, the title company will sign in order to receipt the contract and the earnest money. They will deposit the earnest money check into an escrow account (so yes, prepare for it to be cashed) where it sits through closing. If everything goes as planned, the earnest money will show up as a credit to the buyer at closing and generally will simply reduce the amount of cash a buyer needs to bring to closing (as if they pre-paid a portion up front) – this is why in some places it is known as a good faith deposit, as the buyer is depositing money into the escrow account up front in good faith that they will be purchasing the property.

If the contract does not make it to closing, the earnest money is at risk. If a buyer terminates the contract during the option period or for reasons clearly permitted by the terms of the contract, the buyer should be able to receive the earnest money back. A written authorization signed by both buyer and seller has to be sent to the title company requesting the release of funds to the buyer. Title companies cannot legally release funds without the permission of all parties.

If the buyer defaults on the contract however, the funds should be released to the seller. Determination of what constitutes a true default should be made under the advice of legal counsel and other remedies may be available to a seller above and beyond just those funds. However, even in the case of a buyer default, written authorization by all parties to the title company to release funds is still required.

If the seller defaults (again, you should consult with an attorney to determine default and remedies), the buyer may be entitled to a release of the earnest money funds back to them. Once again, written authorization of all parties is needed by the title company.

Paragraph 15 of the 1-4 Residential Resale Contract outlines the definition of default and remedies available to all parties.

Can the Amount of Earnest Money Make an Offer Stronger?

Yes, it can. If you have two otherwise seemingly equal offers, but the second one has a higher earnest money amount, a seller could be more likely to pick this second offer. Reasons could include that the buyer is showing a willingness to invest more in the deal from the beginning. It also shows that the buyer may have access to more funds and may therefore be a stronger loan candidate. This is not always the case, but these factors could play a role in a negotiation.

As you can see, earnest money is rather important in the grand scheme of real estate. Without it, buyers would have little reason to stick with a contract and could terminate anytime they wanted without any real penalty. By putting some money in up front, the seller is secure in knowing that the buyer is unlikely to terminate because they have something to lose (their earnest money). It can also be used to strengthen an offer when multiple offer situations arise, giving the seller more confidence in a buyer’s interest in the property.

Open floorplan living is often billed as the perfect floor plan, bringing family together in a single room where cooking, conversation and the screen share the same space. It has been a popular feature of a … END_OF_DOCUMENT_TOKEN_TO_BE_REPLACED

No room carries more influence with a buyer than the kitchen because it’s where the everyone gathers and many memories are made. The kitchen can represent up to 20% of the entire value of a property, so it’s … END_OF_DOCUMENT_TOKEN_TO_BE_REPLACED

A fire in your home can happen at any time of the year, but with colder months upon us it’s easy to see how the danger increases with the setting of wood-burning heaters and the use of candles to create a cozy … END_OF_DOCUMENT_TOKEN_TO_BE_REPLACED

As a homeowner, you’ll inevitably have to call in a Sydney plumber to deal with plumbing problems at some stage. It’s one of the ‘pleasures’ of owning property! Choosing the right contractor can feel a little … END_OF_DOCUMENT_TOKEN_TO_BE_REPLACED

If it's your first time buying homes for sale, it can be quite intimidating – you’ve got to deal with agents, sellers, rival buyers, banks, and title companies. And it’s not always clear what role each of them … END_OF_DOCUMENT_TOKEN_TO_BE_REPLACED